The International Gas Union (IGU), in partnership with the Oxford Institute for Energy Studies (OIES), today releases its inaugural Global Renewable and Low-Carbon Gas Survey Report. The world is about to choose the next step on the path which started in Paris and is about to leave Glasgow. Following COP26, it is apparent that ambitious global targets need to be matched with practicable action to ensure delivery. A major area of policy commitments & development has been focused on how to create viable global low-or-zero carbon hydrogen and renewable gas markets.

While natural gas, which currently provides around 25% of global primary energy supply, is the lowest carbon fossil fuel, there is growing recognition of the importance of low-carbon gases (biogas; biomethane, also known as renewable natural gas, and low-carbon hydrogen) as vital additional decarbonisation actors. The International Gas Union, working together with the Oxford Institute for Energy Studies and its partners from Imperial College London, University of Texas, Austin made the decision to create this global renewable gas database project to track development of low-carbon and renewable gas supply around the world.

“We made the choice to launch this report to demonstrate our support and appetite for the accelerated growth of the global renewable and low-carbon gas sector. However, there is limited transparency as regards volume and pricing when compared to other energy commodities. Developing effective growth strategies, requires an understanding of the baseline, and that is what we aim to establish with this series. It will track the industry’s progress, as it grows and develops over time” – Joe Kang, President IGU

For this first edition of the report, we used a combination of data collected in the survey and the project team’s own benchmarking work to assess the state of play in global renewable and low-carbon gases. The primary conclusions of the report are:

“The current level of planned and installed production capacity for renewable and low-carbon gases appears negligible compared to the stated plans, and that must be changed. This report is a call to action on all fronts – policy, industry, and the financial community. We all need to play our part if there really will be a practicable gaseous energy revolution.” — Joe Kang, President IGU

“The Oxford Institute for Energy Studies (OIES), together with its partners in this project from the Sustainable Gas Institute, Imperial College, London and the Bureau of Economic Geology, University of Texas, Austin, has been delighted to work with the International Gas Union on the production of this Global Renewable and Low-Carbon Gas survey report.

While we recognise that this first edition has only be based on limited data, it has already produced some valuable insights, and we expect this to grow further as the data coverage increases in future editions.” — Martin Lamber, OIES 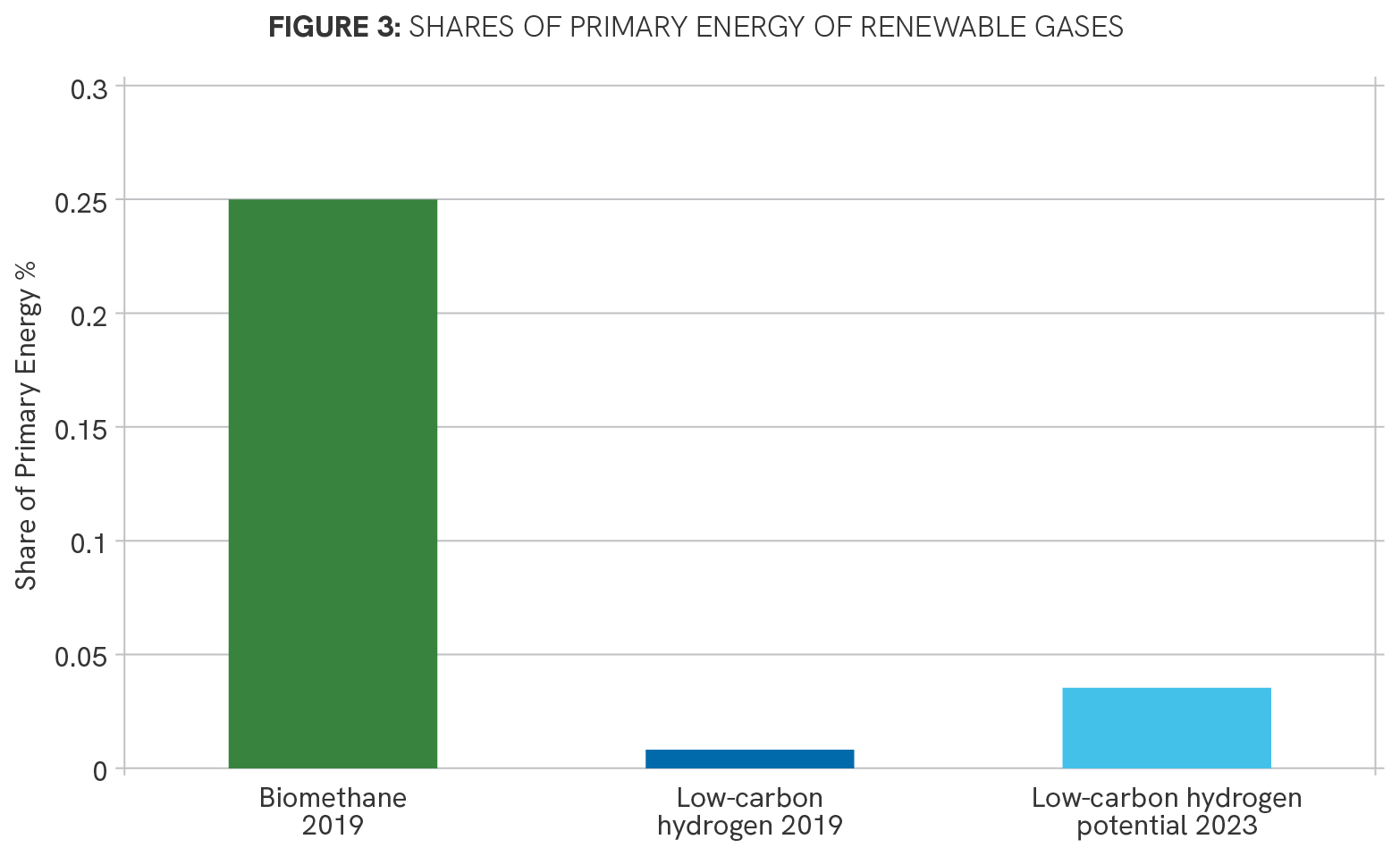